Video Conferencing in the Era of COVID-19 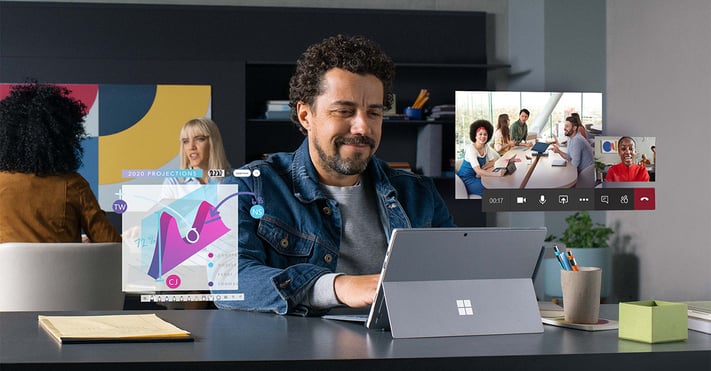 Video conferencing has steadily grown in popularity over the years, achieving a global market size of $3.85 billion USD in 2019. However, with the sudden appearance of the Coronavirus this spring, the demand for video conferencing has skyrocketed to unprecedented levels as more and more employees began working from home

As stay-at-home orders were issued and communities were quarantined, companies realized their best chance of survival was to adapt to this new remote workforce model, so they scrambled to implement video conferencing systems such as Microsoft Teams, Zoom, Skype, and WebEx.

Despite the fact that user adoption at a company-wide scope is typically rolled out over the span of several months, allowing ample time to learn and adjust, COVID-19 forced most companies to adopt within a matter of days… or even overnight. IT departments found themselves stretched thin as they tried to ensure employees and corporate networks were equipped for this gargantuan transformation thrust upon them.

To illustrate, as of March 19th Microsoft reported its Teams platform had 32 million active daily users, but by April 29th that number had catapulted to 75 million. That’s a staggering 235% increase in just 42 days. At one point, Microsoft saw 200 million meeting participants in a single day, totaling more than 4.1 billion meeting minutes. 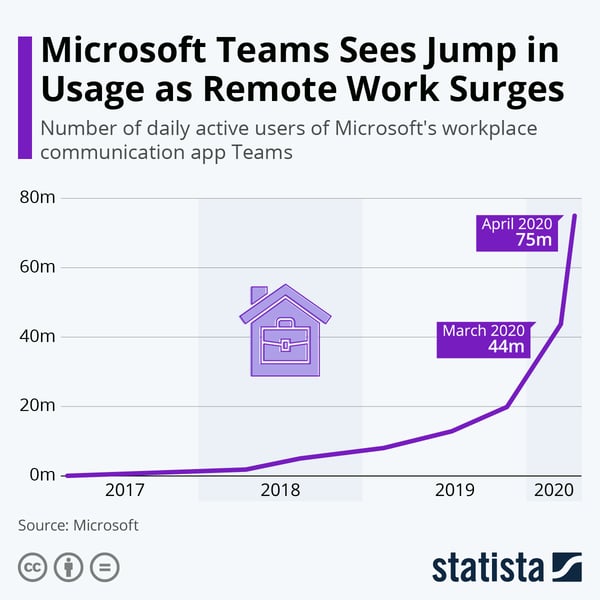 While the massive userbase increase put an immense strain on the system infrastructure with the exponential spike in traffic, fortunately, most of these issues have since been resolved. The question now is, what to expect next given more and more companies are giving their employees the option to choose whether or not they want to go back to work in an office.

Is WFH Here to Stay?

Working from home used to be the exception, but now it may become the new norm. The era of mass telecommuting is finally upon us and there will be growing pains as companies and workers continue to adapt to new software, schedules, devices, and workflows.

If your company is making this transition, consider reaching out to our experienced team for a complimentary consultation to discuss everything from UC & Device Strategy to Adoption & Change Management. Remote work doesn't have to feel like it with a proper plan and user training in place.

Nick Pena is a Project Manager for UnifiedCommunications.com, in the Support and Integration department. He specializes in the installation, configuration, and deployment of Microsoft Teams and Skype conferencing systems.

Experience is everything. We've been empowering organizations to collaborate intelligently for over 30 years. While the technology changes quickly, our commitment to you remains constant.